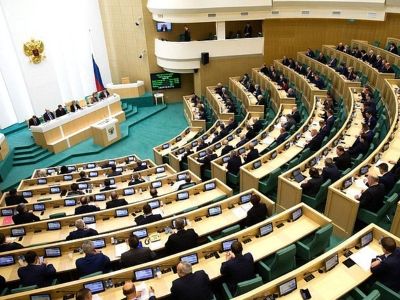 OREANDA-NEWS. During an extraordinary meeting on March 31, the Federation Council of the Russian Federation approved a law that expands the powers of the country’s government and allows it to introduce an emergency state.

Earlier, the State Duma adopted this document in the third reading. In accordance with the law, the cabinet of ministers will have a right to introduce a regime of high alert and a state of emergency in the territory of all country or in certain regions. The government was also allowed to set the terms for these restrictive measures and determine the rules of conduct for residents during the emergency regime.

The presidential spokesman Dmitry Peskov said that the cabinet needs these powers, which the head of state already possesses, since the government “directly manages” the situation with the coronavirus spread.