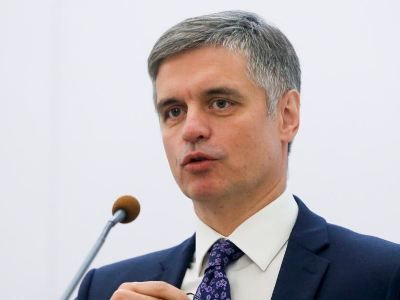 OREANDA-NEWS. Ukrainian Foreign Minister Vadym Prystaiko said at a briefing that the separation of forces in the town of Petrovskoye did not take place due to violations of the silence regime, it is possible only after seven days of the ceasefire.

Earlier, the President of Ukraine Volodymyr Zelensky said that on November 4, the troops of the both sides should begin a withdrawal.

Later, the head of the Ministry of Defense of Ukraine Andriy Zahorodniuk said that Kiev was awaiting a review of the date of the withdrawal of forces, since the facts of opening fire were registered in the region.

As Prystaiko noted at a briefing on November 4, “the separation should have started today. But few days ago there were shelling in the separation area… it was registered by the OSCE SMM (Special Monitoring Mission of Organization for Security and Cooperation in Europe. – Ed.). Therefore, we were forced to postpone separation to the period when… the seven-day period of silence be achieved again.”

According to the minister, after separation of forces in Petrovskoye area, all conditions for holding a meeting in the Normandy format will be completed.

In 2016, the contact group for resolving the situation in Ukraine signed a decision on the deployment of forces in the Donbass. The withdrawal of forces in the area of ​​the towns of Zolotoye and Petrovskoye took place in 2016, in the village of Luganskaya in June 2019. At the same time, the Donetsk and Lugansk people’s republics repeatedly stated that the Ukrainian army had advanced in the areas of Petrovskoye and Zolotoye, and insisted on restoring parity.

At a contact group meeting in Minsk on October 1, 2019, the parties agreed to resume the process of separation of forces in the Petrovskoye and Zolotoye areas from October 7.