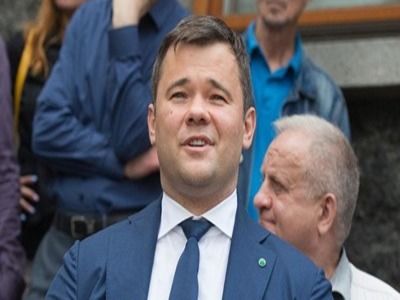 Interstate relationsEventsMilitary securityPolitics
OREANDA-NEWS. The head of the presidential administration of Vladimir Zelensky, Andrei Bogdan, on the TV channel "112 Ukraine" told what was the reason for the call for the United States to tighten anti-Russian sanctions. According to him, this was a response to Moscow’s "silence" on the proposed initiatives, in particular, on the negotiations on the release of the detained Ukrainian sailors. At the same time, Bogdan noted that Ukraine under Zelensky will adhere to the policy of "carrots and sticks" in relation to Russia.

In Kiev, they are ready to meet, talk and peacefully resolve the conflict, but Moscow does not yet agree to this, he said. “And, of course, we have to go the other way - the whip. To ask the international community to put pressure on the Russian leadership so that they nevertheless make certain decisions. They make a step towards us,” the head of the presidential administration added. During the inauguration, Zelensky declared that he was ready for a dialogue to resolve the situation in the Donbas, and the first step towards its beginning would be the return of the persons held.

In turn, the head of the Russian Foreign Ministry, Lavrov, noted that it would be more correct for the Ukrainian president to start the conversation on the Minsk agreements with the provision on the exchange of detainees on the principle of "all for all". In Moscow, after Zelensky took office, they also stressed that they were waiting for signals from the new president and new steps to resolve the conflict in south-eastern Ukraine.

The dissolution of the Verkhovna Rada immediately after the inauguration of Vladimir Zelensky was a surprise. In the "parties of power" they grumbled about the "unconstitutional step", but began to prepare for early elections. The head of the Security Service of Ukraine and the Minister of Defense resigned. In short, from May 20, a new political season began in Ukraine, which can quickly change the balance of power in the country.