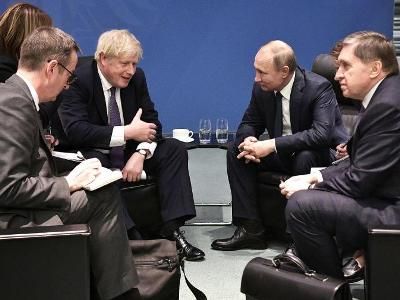 OREANDA-NEWS. British Prime Minister Boris Johnson sought contact with the Russian party during a conference in Berlin. This was announced on January 20 by TASS news agency, citing a high-ranking source in Moscow.

“We are surprised with Downing Street’s comments on Johnson’s meeting with Putin. First, Johnson himself sought contact with the Russian side. Second, his tone was closer to conciliatory, there were no sharp statements. Third, the main message of the British Prime Minister’s appeal was his desire to improve relations with Russia,” an interlocutor of the agency said.

A day before, it became known about Johnson’s meeting with Russian President Vladimir Putin at the Berlin conference on the settlement of the conflict in Libya. According to the statement of British government, Johnson said about Russian activity which “undermines the security of our citizens and our collective security.” He also stated that London’s position on poisoning in Salisbury in 2018 remained unchanged.