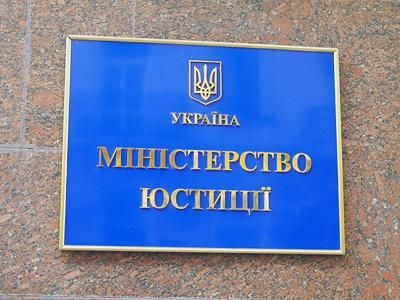 The Minister of Justice of Ukraine Threatens Russia with New Lawsuits

OREANDA-NEWS. The Ministry of Justice of Ukraine is conducting five lawsuits against the Russian Federation and is preparing several more. This was stated by Minister of Justice Denys Maliuska in an interview with the web portal Glavkom.

The agency is trying to determine to which courts it is possible to send the suits. In the event that they will be referred to the courts of international jurisdiction, their consideration may take years. “But we are not moving back. Now we are thinking about the validity and the possibility of submitting one or two more claims in the near future,” Maliuska said. The Minister did not specify what claims will be formulated, since they are at the stage of collecting evidence. “Let it be a surprise,” he concluded.
Source: OREANDA-NEWS
Подписывайтесь на наши группы: Instagram | VK | Facebook | Twitter
Материалы по теме: