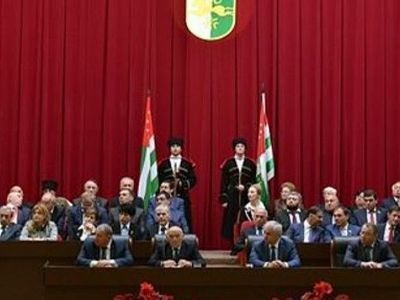 The Parliament of Abkhazia Voted for Resignation of the President

OREANDA-NEWS. The parliament of Abkhazia at an extraordinary session adopted an appeal to the President of the republic, Raul Khadjimba calling for his resignation from the post. According to the document, it is necessary because of “tense socio-political situation in the republic”, “in order to avoid further destabilization in society, which may lead to uncontrolled processes and irreparable consequences, as well as in order to maintain national consensus and stability in the state”.

19 out of 27 present deputies voted for this decision, 4 parliamentarians voted nay, 1 abstained.

TASS news agency, citing deputy Leonid Chamagua, reports that the opposition’s demand was conveyed to the head of state by a group of parliamentarians. Khajimba refused to resign and hold new election in the country. The President replied that he is not ready to make decision and announced the need for taking measures to defuse tension.
Source: OREANDA-NEWS
Материалы по теме: