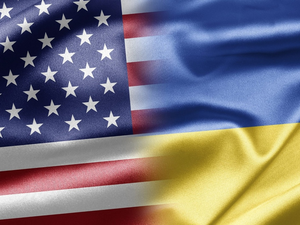 StateInterstate relationsInternational activitiesPolitics
OREANDA-NEWS. The United States os America and Ukraine signed a memorandum of understanding in the field of conventional weapons.

According to the document, Washington will allocate to Kiev within two years $ 4 million for the construction of six ammunition depots.

"This project will increase the safety and security of Ukrainian ammunition," - noted in the department.

Earlier, the special representative of the US State Department for Ukraine, Kurt Volker, during hearings in the Senate Committee on Foreign Affairs, said that the Ukrainian authorities intend to buy weapons from the United States. He said that "it is important that Ukraine responds to the United States in return in terms of purchasing military equipment from the American side."
Source: OREANDA-NEWS
Поделиться в соцсетях:
Подписаться на наши группы: Instagram | VK | Facebook | Twitter
Rate this article: