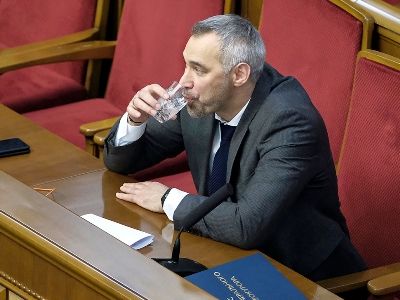 OREANDA-NEWS. The Verkhovna Rada of Ukraine agreed to the dismissal of Ruslan Riaboshapka from the post of Prosecutor General. 263 out of 450 parliamentarians voted for this decision. Having received the consent of the Rada, the President of Ukraine has a right to dismiss the Prosecutor General.

Riaboshapka stated in a speech to the deputies that he was an independent prosecutor and that he is leaving his post “in order to return.” After that, he left the parliament, refusing to answer questions from deputies.

The newspaper Korrespondent reports that possible candidates for the position of Prosecutor General are the deputy of the national parliament from the pro-presidential political party Servant of the People Sergiy Ionushas and the acting head of the National Bureau of Investigation Iryna Venedyktova.
Source: OREANDA-NEWS
Материалы по теме: