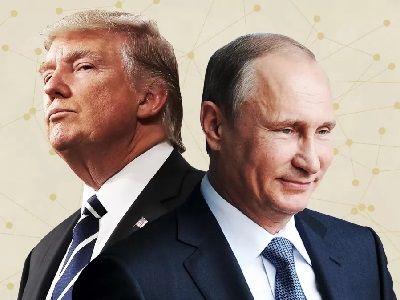 OREANDA-NEWS The President of Russia Vladimir Putin has in the world more credibility than the leader of the United States Donald Trump. This is evidenced by published on Monday the results of a survey conducted by the Washington Pew Research Center among 26.1 thousand people in 25 countries on all five continents.

According to the study, 30% of its participants treat the Russian leader with confidence, believing that he "does the right thing on the world stage." A little more-34% - is the rating of confidence in Chinese President XI Jinping. At the same time, only 27% of respondents believe that the "right policy in the field of international relations" is carried out by the head of the US administration. The highest rating of world trust - 52% - from GermanChancellor Angela Merkel.

According to sociologists, "the international community expresses serious concern about the role of America in international relations." Most respondents say that the US does not take into account the interests of their countries in addressing important foreign policy issues. Many people believe that the US is "putting less effort" than before to resolve serious global problems.

In addition, Pew Research Center notes the growing popularity of China and XI Jinping in the world. In some European countries, China's rating is even higher than that of the United States. However, choosing between the US and China as the leading power, the vast majority prefer America.

The number of Russians confident that President Trump "does the right thing on the world stage" has fallen over the past year from 53% to 19%. When the Republican just took office, 41% of Russians favourably perceived the United States, with 15% at the end of Barack Obama's presidential term. Now this figure also fell to 26%.

The foreign policy of the head of the Washington administration is least popular in Mexico (6%), France (9%) and Germany (10%). On average, 70% of all respondents said they did not trust the US President. In addition, only half of the respondents favor the United States, while 43% treat them negatively. The research center points to the loss of trust among the population of the allied countries of the United States.

Only 30% in Germany and 38% in France have a positive attitude towards the US, compared to 35% and 46% last year and 57% and 63% in 2016 respectively. In Canada and Mexico, the United States favours only 39% and 32%, respectively. Under the Obama and George W. Bush administrations, the figure was above 50% in both countries.