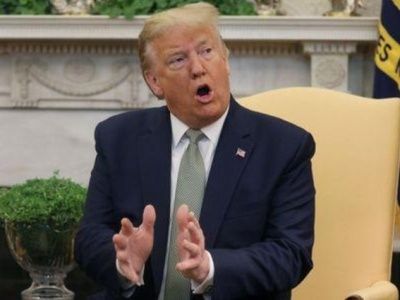 OREANDA-NEWS. US President Donald Trump blamed Iran and Tehran-backed Shiite groups for firing at the military base Taj located in the territory of Iraq.

“They’ve sent a lot of rockets now. It hasn’t been fully determined it was Iran. It was a rebel group, but most likely it looks like it could be backed by Iran,” the American leader said, answering reporters’ questions at a meeting with the Irish Prime Minister Leo Varadkar in the White House.

At the same time, Trump refused to clarify what retaliatory measures against Iran would be taken. “We’ll see what the response is,” the President said.

Secretary of Defense Mark Esper reported that he had spoken with Trump about it. “He’s given me the authority to do what we need to do, consistent with his guidance,” he said. “We gotta hold the perpetrators accountable. You don’t get to shoot at our bases and kill and wound Americans and get away with it,” Esper added.
Source: OREANDA-NEWS
Материалы по теме: