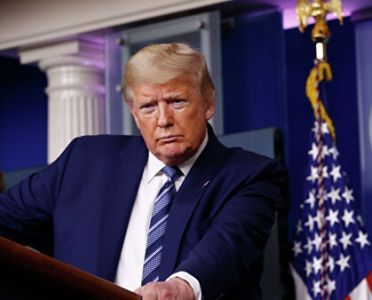 Trump Criticized the Actions of the Governor of New York

OREANDA-NEWS. US President Donald Trump said he would not tolerate independence of New York State’s Governor, representative of the Democratic Party, Andrew Cuomo. “Cuomo’s been calling daily, even hourly, begging for everything, most of which should have been the state’s responsibility, such as new hospitals, beds, ventilators, etc. I got it all done for him, and everyone else, and now he seems to want Independence! That won’t happen!” Trump wrote on his Twitter page.

On April 14, Trump announced that the White House is finalizing a plan to lift restrictions imposed due to the pandemic of coronavirus infection, due to the fact that the situation in the country is gradually normalizing.

After that, Cuomo stated in an interview with CNN that he would not obey Trump’s order to lift quarantine restrictions if this would threaten the health of state residents.
Source: OREANDA-NEWS
Другие новости: