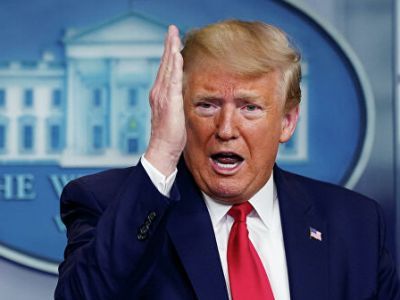 Trump Criticized WHO for Focusing on China

OREANDA-NEWS. President of the United States Donald Trump criticized the World Health Organization (WHO), which, as he said, is funded mainly by America, but is focused on China.

“The W.H.O. really blew it. For some reason, funded largely by the United States, yet very China centric. We will be giving that a good look,” the politician wrote on his Twitter page. “Fortunately I rejected their advice on keeping our borders open to China early on. Why did they give us such a faulty recommendation?” he added.

Trump’s arguments repeat an editorial published in the Wall Street Journal on April 7. The article claims that the WHO allowed itself to be led by the Chinese authorities and delayed announcement of the coronavirus pandemic.

The Foreign Ministry Allowed the Possibility of Registration of the Russian Vaccine against COVID-19 in the United StatesOreanda.ru | 17.02.2021 12:54:36