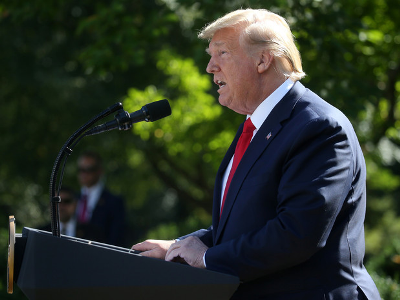 Trump Has Raised More than 100 Million Dollars of Campaign Donations

According to the publication, for the whole year, Trump raised 143 million dollars. By the beginning of 2020, the current president’s election campaign in the United States has 102.7 million dollars.

According to the official, the success in raising funds is connected with the decision of the president to leave the same staff members of the headquarters who worked with him in the 2016 elections.

Reuters notes that the sum accumulated by Tramp’s supporters exceeds the amount of donations for former US President Barack Obama’s campaign when the latter ran for a second term in 2012.

The US presidential election will be held on November 3, 2020.