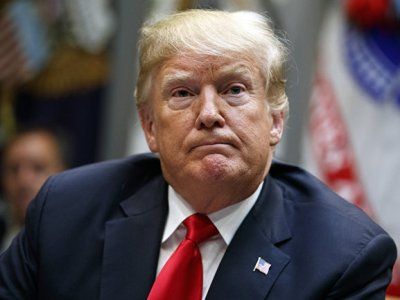 OREANDA-NEWS. American TV channel CNBC reports that the President of the United States of America Donald Trump intends to give instructions to lift the sanctions against Turkey, which were imposed on October 14 in connection with the start of the Turkish army’s operation Peace Spring in the north of Syria (the US Treasury attached sanctions against the Ministry of National Defense and the Ministry Energy and Natural Resources of Turkey; Trump increased duties on Turkish steel by 50 %).

The head of state is sure that the cease-fire declared on October 17 in northern regions of Syria will be permanent. “…You would also define the word permanent in that part of the world as somewhat questionable, we all understand that, but I do believe it will be permanent” he added.

Trump also said about the correctness of policy chosen by him towards Turkey, despite recent criticism. Earlier, the US President was criticized for the decision to withdraw the US military men from northern Syria, after which on October 9 a Turkish military operation began there, and Kurdish troops were left to their fate. According to critics, Trump’s decision strengthened Russia’s influence in the region.

Trump also noted that if Ankara does not fulfill its obligations, connected with defense of religious and ethnic minorities, the United States may impose new sanctions against Turkey, for example increase duties on steel and other goods from this country. “The sanctions will be lifted unless something happens that we are not happy with,” the president stated.