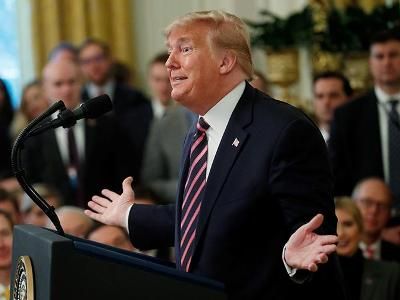 Trump Predicts Democrats Will Lose Control of the House of Representatives

OREANDA-NEWS. President of the United States Donald Trump said that the Democratic Party would lose control of the House of Representatives after the November election due to failed attempt of impeachment.

Trump also expressed the opinion that the Democrats are likely to make a new attempt to seek his removal from power.

The President said that the House Speaker Nancy Pelosi is “a horrible person,” and calling both Pelosi and House Intelligence Committee Chair Adam Schiff “vicious.”

At the same time, Trump noted that the Republican Party’s rating had increased after an unsuccessful attempt of impeachment, so a new try probably would fail too.