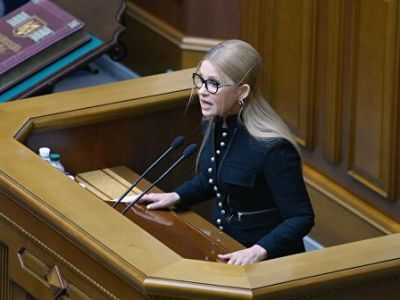 Tymoshenko Called for a Change in the Political Course of Ukraine

OREANDA-NEWS. Yulia Tymoshenko, the leader of the political party Fatherland, called for a change in the political course of Ukraine, and not to conduct useless rearrangements in the government.

“If we talk about changes in the government, will this be a real change in the political course?.. I tell you: no. Rearrangement of names, tables and chairs in the executive service will not lead to anything if the president has set the course for the sale of land, for the sale of strategic property, for destroying domestic science, the economy and the middle class in the country,” she said at a briefing after a meeting of the Verkhovna Rada’s conciliation council. Tymoshenko concluded that the existing political course should be changed, otherwise the country will “fly into the abyss.”

The politician also criticized the government for not fulfilling the state budget. “The country has completely collapsed. In two months, in January–February, the budget was not implemented by 22.5 %. This did not happen in all the years of independence. This means that health protection, education, social benefits, pensions are underfunded,” she said. “If we observe such a budget for another month or two, we can consider that our economy does not exist.”