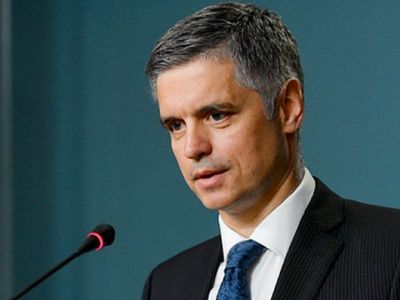 OREANDA-NEWS. Ukrainian Foreign Minister Vadym Prystaiko said that the country needs to think about an alternative to the Minsk Agreements if local elections are not held in Donbass in 2020 or the process of separation of forces is delayed.

“If elections are not held in the occupied territories in 2020 or the process of troops withdrawal lasts too long, possible alternatives to Minsk should be considered,” the politician said in an interview with German newspaper Bild.

According to Prystaiko, a peacekeeping mission can become a solution. He also emphasized that this does not mean Ukraine’s withdrawal from the “common Minsk process”.

The head of the Foreign Ministry believes that the election in the Donbass “should be held in parallel with the local elections in Ukraine in autumn.”
Source: OREANDA-NEWS
Подписывайтесь на наши группы: Instagram | VK | Facebook | Twitter
Материалы по теме: