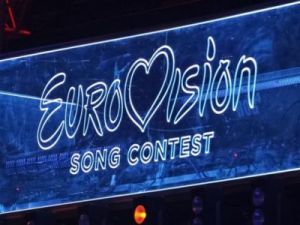 OREANDA-NEWS. UNIAN agency reported that national selection for the international music contest Eurovision 2020 will be held according to the new rules.

Only artists and bands who have not performed in Russia since 2014, and who do not plan or announce concerts in Russia during until the Eurovision final, as well as those who “did not arrive in the territory of Crimea in violation of Ukrainian law,” will be able to take part in the selection.

Ruslan Kvinta remains the musical producer of the national selection, Natalya Franchuk will be the creative producer, and Sergei Pritula will be the anchorperson of live broadcast.

In February 2019, there was a scandal in Ukraine over applicants for participation, the sisters Anna and Maria Opanasyuk in the Eurovision final. They refused to recognize the annexation of the Crimea. After that, the singer Maruv reached the final of the qualifying competition and was supposed to represent the country at the competition in Tel Aviv in May, but she refused because of the terms of the agreement proposed by the National Public Television and Radio Company of Ukraine and her unwillingness to “turn her participation in the competition into a promotion of politicians”. Later, other candidates, the Freedom-jazz girls band and Kazka, also withdrew. As a result, Ukraine refused to participate in Eurovision 2019.

In July, it was reported that the National Public Television and Radio Company of Ukraine banned young Ukrainian musicians from representing the country at the Junior Eurovision Song Contest if they performed in Russia after January 1, 2014.