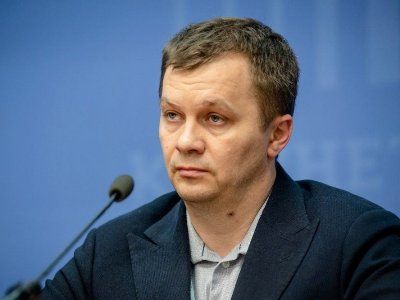 OREANDA-NEWS. From 2014 till 2015, the damage from “Russian aggression” to the Ukrainian economy amounted to 15–20 % of the gross domestic product (GDP). This assessment was made by Tymofiy Mylovanov, the Ukrainian Minister of Economic Development, Trade and Agriculture.

“I will provide statistics on economic losses from Russian aggression. Direct losses in 2014–2015 amounted to 15–20 % of GDP. According to the estimates, the total losses range from 50 to 150 billion dollars,” Mylovanov wrote on Facebook .

The minister also reported that, according to the estimates of Anders Aslund, a professor at Georgetown University who specializes in the economics of Russia and Ukraine, the damage is about 100 billion US dollars.

Mylovanov, referring to the information of the State Property Fund of Ukraine, resumed that about 70 % of state assets in Donetsk and Lugansk regions are located in territories not controlled by Kiev.
Source: OREANDA-NEWS
Поделиться в соцсетях:
Подписаться на наши группы: Instagram | VK | Facebook | Twitter
Rate this article: