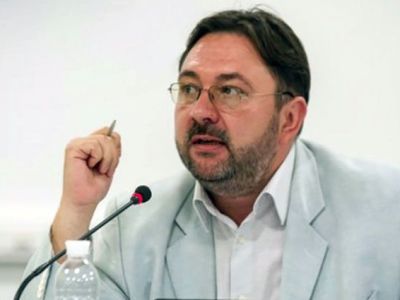 OREANDA-NEWS. Nikita Poturaev, the deputy head of the Committee on Humanitarian and Information Policy of the Verkhovna Rada of Ukraine, said that the problem with the possible opposition of Russia against broadcasting of the new Ukrainian television channel in the Donbass can be solved by throwing a nuclear bomb at Moscow.

“We do not exclude that electronic warfare will be taken against our broadcasting. But we still do not have a nuclear bomb to throw at Moscow. This is the most effective way to solve this problem once and for all,” the politician said.

Earlier, it was reported that the state-owned Ukrainian television channel Dom began broadcasting in test mode in the territory of Donbass.

On February 17, the deputies of the three factions of the Verkhovna Rada initiated a draft resolution, they intended to call on the authorities of other countries to increase pressure on Russia.