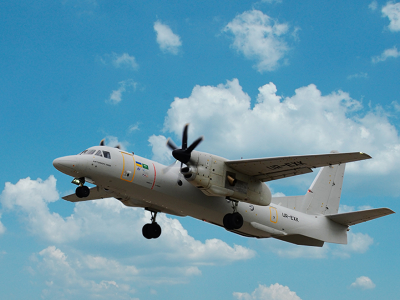 OREANDA-NEWS. Vladislav Krikliy, the head of the Ukrainian Ministry of Infrastructure told about the prospects for the restoration of direct air links with Russia.

“Nowadays, concerning the way they (Russian authorities. – Ed.) behave, I think that nobody can talk about direct flights with them at all,” he said in an interview with Internet portal Evropeiskaya Pravda, published on September 27. According to Krikliy, the restoration of flights will give the world a signal that there are no problems between Russia and Ukraine, but they are.

Artyom Turov, the member of Russian State Duma Committee on CIS Affairs, Eurasian Integration and Relations with Compatriots, commenting Krikliy’s words, said that it is impossible to prohibit the citizens of Ukraine to travel to Russia. In spite of the cessation of air traffic between the countries, residents of Ukraine fly to Russia every day, the politician said.

Air traffic between Russia and Ukraine was terminated in October 2015 on the initiative of Kiev authorities. They banned Russian airlines from using the country’s airspace, including transit flights.

In August 2019, for the first time from 2015, Ukraine allowed a Russian passenger plane to enter its airspace. On August 7, the pilot of the Boeing 737-800 aircraft, making the flight GLP636 from the city of Bari (Italy) to Moscow, received a permission to use the airspace of Ukraine in connection because of the thunderstorm activity. The permission was given due to the high possibility of an emergency during the flight. The airplane was in the Ukrainian airspace for 26 minutes. Russia thanked Ukraine for it.