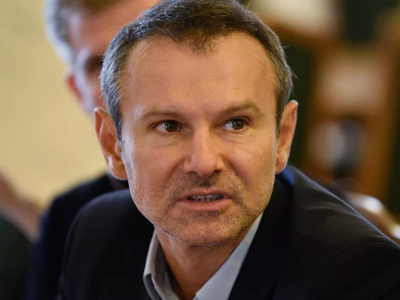 OREANDA-NEWS. The Ukrainian political party Voice, headed by Svyatoslav Vakarchuk, has developed a strategy of “cold de-occupation” of the territories of Crimea and Donbass.

According to party’s leader, this plan is based on the “fundamental principle of preserving lives of Ukrainians” and invites countries to make peace on Kiev’s terms. “We called it the Cold De-Occupation Plan,” Vakarchuk said. “It is “cold”, because we hope – we are not sure, but we hope – that in this way, without a “hot” phase, we can come closer to solving the problem of restoring the territorial integrity of Ukraine in full. Both Donbass and Crimea are an integral territory of Ukraine, and we do not have the right to exchange one for another.” According to the politician, the Minsk Agreements kill Ukrainians and create the illusion of a movement towards peace.

The plan provides for a ceasefire on the entire front line, introduction of a demilitarized zone, creation of an interim international administration, de-occupation, holding elections on the liberated territories and the return of Crimea. As for the last issue, the Voice party proposes to include it in the agenda of the “Normandy format.”
Source: OREANDA-NEWS
Поделиться в соцсетях:
Подписаться на наши группы: Instagram | VK | Facebook | Twitter
Rate this article: