«Norwegian Air Shuttle» Ended the 2020 Year with a Net Loss of 2.2 Billion Euros 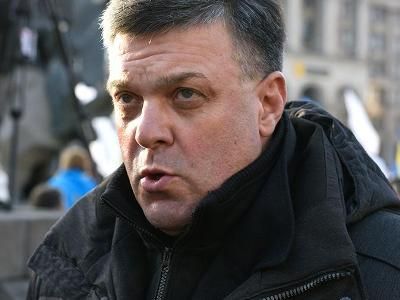 OREANDA-NEWS. Oleh Tyahnybok, the leader of the Ukrainian nationalist party Freedom, called on the country’s authorities to follow the example of Poland and the Baltic countries and demand payments from Russia, including reparations for the Second World War and part of the Diamond Fund allegedly due to Kiev.

The politician wrote in his Telegram that “Muscovy owes us like no one else”, but “Ukrainian authorities do not even hint of it.” “Not only for the Second World War. For the occupation in the last century. For dispossession of the kulaks and collectivization, for three famines and tens of millions of destroyed Ukrainians. For the savings stolen from Oschadbank, for the parts of the Diamond Fund and the gold and currency reserves of the USSR due to us,” Tyahnybok explained.

He accused Kiev authorities of building up trade relations “with the enemy,” adding that “Ukrainians will take their own,” since “requirements for the Russian Federation have no statute of limitations.”
Source: OREANDA-NEWS
Подписывайтесь на наши группы: Instagram | VK | Facebook | Twitter
Материалы по теме: