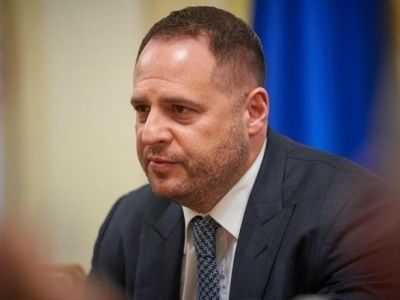 Ukrainian Politician Made a Statement on Donbass

OREANDA-NEWS. Andriy Yermak, a head of the Office of the President of Ukraine, declared at a briefing on March 31 that Kiev is ready to speak with citizens of Ukraine who live in the territory of Donbass and are not involved in the armed conflict, but not with militants.

Earlier, the Deputy Prime Minister for Reintegration of the Temporarily Occupied Territories of Ukraine, Oleksiy Reznikov said that the creation of an advisory council within one of the subgroups of the Trilateral Contact Group on a Donbass Settlement should be approved by Germany, France and the Organization for Security and Cooperation in Europe, after which they can coordinate the creation of the council at the level of the Normandy Four advisers.

According to Yermak, the matter is to stop the monopoly of the authorities of the self-proclaimed Donetsk and Lugansk people’s republics to represent the interests of residents of the uncontrolled by Ukraine territories.