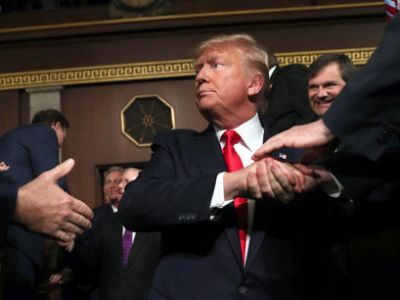 OREANDA-NEWS. On February 5, the US Senate passed an acquittal in the impeachment case against President Donald Trump. 48 members of the upper house voted for the recognition guilty on the first point of charges and 47 on the second; against 52 and 53, respectively. Two-thirds of the senators’ votes were required to remove the head of state from office.

Thus, the Senate did not agree to confirm the charges that were brought against Donald Trump in the House of Representatives in December. The President was accused of abuse of power because of his decision to delay the payment of military assistance to Ukraine and to prevent the investigation of this episode.

Democrats expressed their regret about the decision of the Senate, the majority of which are controlled by Republicans. “Unchallenged evil spreads like a virus. We have allowed a toxic President to infect the Senate and warp its behavior,” Tim Kaine, a former candidate for the post of vice president, said.
Source: OREANDA-NEWS
Подписывайтесь на наши группы: Instagram | VK | Facebook | Twitter
Материалы по теме: