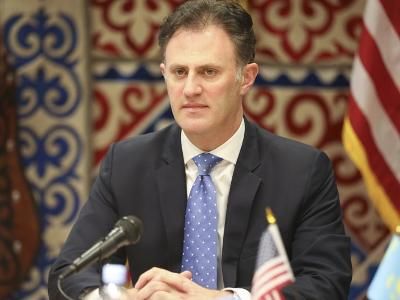 OREANDA-NEWS. Coordinator of Counterterrorism within the US Department of State, Nathan Sales claimed that Russia has declared its commitment to the fight against terrorism and must take additional measures to combat the Russian Imperial Movement which was recently recognized as terrorist group in the United States.

According to Sales, Russia has imposed restrictions on the operation of the website of the movement, but the US authorities are not aware of larger-scale measures against this group. In particular, he expressed hope that its training camps, which, according to the US, are located in Saint Petersburg, will be closed.

Sales said that the Russian Imperial Movement promotes the superiority of the white race and recruits people with racist views around the world. It is especially active in seeking supporters in Europe, in particular in Poland, Germany and the Scandinavian countries, the representative of the State Department said. Two Swedish supporters of the movement are accused of organizing terrorist attacks in the city of Gothenburg, Sales recalled.