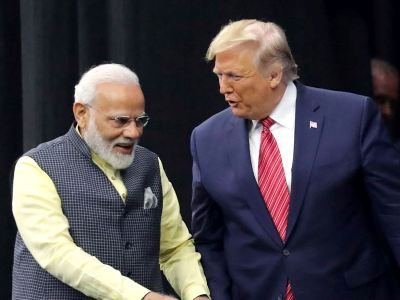 US Will Supply Helicopters and Military Equipment to India

OREANDA-NEWS. US President Donald Trump announced that Washington and New Delhi agreed on supplying American helicopters and other military equipment for more than 3 billion dollars. According to the politician, the contracts will be signed on February 25.

The US President arrived in India on an official visit which will last two days. On Monday, Trump and Indian Prime Minister Narendra Modi spoke at a massive rally at the Motera Stadium in the city of Ahmadabad. American leader said that amid the development defense cooperation, the United States intends to provide India with the “best and most feared military equipment on the planet”. “We make the greatest weapons ever made. Airplanes. Missiles. Rockets. Ships. We make the best and we’re dealing now with India,” he added.