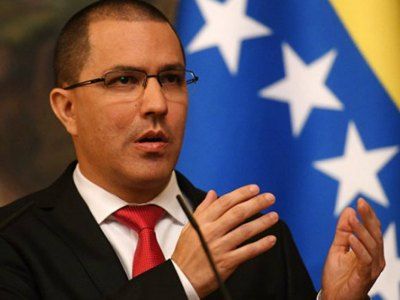 Venezuela Rejects US Proposal for Establishment an Interim Government

OREANDA-NEWS. Venezuelan Foreign Ministry criticized and rejected the proposal of US Secretary of State Mike Pompeo to resolve the situation in the country by creating an interim government, holding elections and subsequent lifting of sanctions.

This follows from a statement by Foreign Minister Jorge Arreaza published on Twitter. “Against the backdrop of the US State Department’s attempts to establish in our country… a government under guardianship, the Bolivarian government insists that it does not accept and will never accept any guardianship from any foreign government,” he wrote.

Earlier on March 31, the United States proposed creating an interim government in Venezuela from members of the National Assembly, which would be recognized by both the authorities and the opposition's representatives.
Source: OREANDA-NEWS
Материалы по теме: