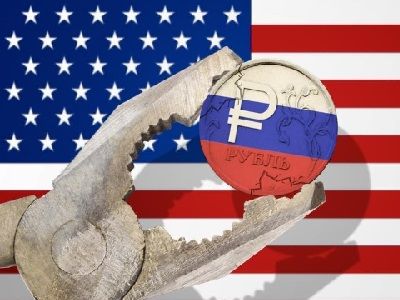 OREANDA-NEWS  Washington imposed sanctions against Russia 62 times since 2011. This information the official representative of the Russian foreign Ministry Maria Zakharova said at a briefing on Thursday. The broadcast was conducted on the Agency's Facebook official page.

"The clock is ticking. There are different reasons. We understand that new restrictions may follow with the same ease with which they were adopted earlier, and irresponsibility," Zakharova said. She stressed that Russia cannot be "intimidated by ultimatums", while expressing concern for the level of professionalism of American politicians.

Moscow is not afraid of statements by US officials about the possibility of new anti-Russian sanctions; they only talk about Washington's impotence before pressing problems.

"But the level of professionalism of American figures who make such statements is frightening. Russia has destroyed the previously available military chemical Arsenal. This has been duly verified and confirmed by representatives of the Organization for the prohibition of chemical weapons. But the United States the obligations of its destruction is still not fulfilled and constantly putting off the completion of this process", - continued the diplomat.

"So Americans should apply their law to themselves. We call on the United States to do so, including to punish those in the United States who are pushing terrorists in Syria to organize provocations using toxic substances," Zakharova added.

Earlier, the Head of the press service of the state Department Heather Nauert said that the United States intends to act against Russia in accordance with the provisions of the law on chemical and biological weapons, which requires the introduction of a second package of sanctions against Russia. In addition, she said, the foreign Ministry on Tuesday informed the US Congress that it cannot confirm whether the Russian Federation has fulfilled the requirements of the law on chemical weapons.
Source: OREANDA-NEWS
Материалы по теме: