In Moscow, Electronic Registration for Vaccination against Coronavirus Opened

Biden Said He Intends to Take a Multilateral Approach to Iran, Russia and China 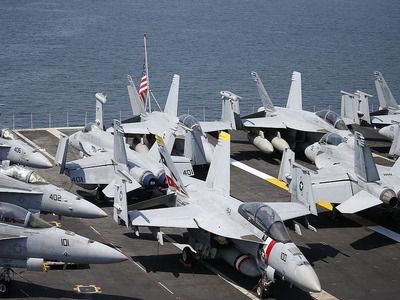 PoliticsMinistries and departmentsMilitary securityInterstate relations
OREANDA-NEWS. The US administration is considering withdrawing from the Open Skies Treaty. This was announced on Monday by the chairman of the Committee on Foreign Affairs of the House of Representatives of the US Congress, Eliot Engel (Democrat, from New York State).

"I am deeply alarmed by reports that the Trump administration is considering withdrawing from the Open Skies Treaty, and strongly urge you not to take such a reckless step", the letter said to Engel sent to U.S. National Security Assistant Robert O'Brien. The text of this document was published by the apparatus of Engel.

The press services of the White House and the State Department did not comment on the contents of Engel’s letter to a Russian media correspondent. However, an American government source didn't refute the information provided by the legislator. “We aren't commenting on issues that are under consideration”, the source told a Russian media correspondent.

The Multilateral Open Skies Treaty, signed on March 24, 1992 in Helsinki by representatives of 23 member states of the Organization for Security and Cooperation in Europe (OSCE), was developed with the active participation of Moscow.