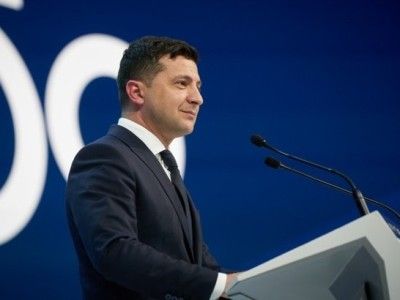 OREANDA-NEWS. President of Ukraine Volodymyr Zelensky, speaking in Davos about the prospects of his country’s membership in the European Union, said that when one country leaves the organization, it is possible for another to take its place.

Great Britain should leave the EU on January 31. However, this date was previously postponed due to the impossibility of ratifying the agreement on the conditions of Brexit in the country’s parliament.

“The question is not when we will be in the European Union. The question is what status Ukraine will have in the European Union, what attitude it will have to our country – attitude as to a powerful, equal player, a respected country, a country at which they don’t look down. Now is a very convenient moment when we know: one big country made an exit, maybe it’s time for Ukraine to make an enter?” Zelensky said on January 22, speaking at the World Economic Forum in Davos.