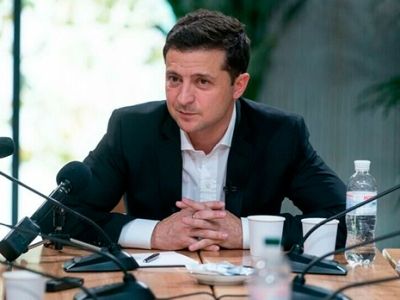 Zelensky Set a Record for the Duration of the Press Conference

OREANDA-NEWS. The President of Ukraine Volodymir Zelensky received a certificate of world record for the duration of the press conference.

During a press conference of the Ukrainian leader in Kiev, a representative of the National Register of Records of Ukraine interrupted Zelensky’s communication with journalists and said that as of 18:20 local time, the press conference has been going on for more than 8 hours and is at least 45 minutes higher than the previous record. However, he did not specify who previously owned this achievement.

“I don’t like awards,” Zelensky said, having received a certificate, and added that he was a modest person.

Later, the representative of the national registry explained that the last record registered in Guinness World Records was the Cuban leader Fidel Castro’s speech to United Nations in 1960, which lasted 4 hours and 29 minutes. He also added that the previous record for the duration of the press conference belonged to the President of Belorussia Alexander Lukashenko: in 2017, he talked to the press for 7 hours and 21 minutes.

On October 10, Zelensky holds a press conference in the food court named Kyiv Food Market. The Ukrainian leader answers questions from journalists who come up to him in groups of seven to ten and talk to him at the same table. Almost 300 journalists were accredited to the event. Zelensky’s office called it a press marathon. After 7 hours of communication, the Ukrainian leader said that he was not tired and was ready to continue. Earlier, a spokesman for the head of Ukraine noted that the marathon could last 10 hours.