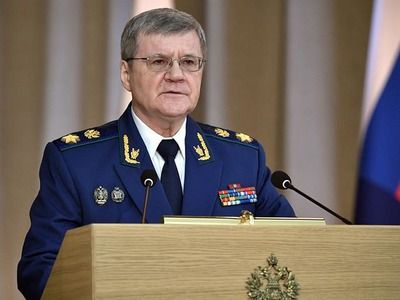 StateJusticeFinance accounting and auditInternational activities
OREANDA-NEWS.For three years, Russian investigators have not brought a single criminal case on the grounds of the “Panamanian dossier”, due to the fact that the Panamanian authorities do not submit documents that would confirm the violations described in the investigation. This is stated in the response of Assistant Prosecutor General Aslan Yusufov to Deputy Director of the Center for Anti-Corruption Policy of the Yabloko Party, Alexei Chumakov.

The supervisory authority noted that “within the limits of their competence” they carried out an audit of information contained in the investigation of journalists about possible violation of anti-corruption legislation by a number of officials, including the heads of individual Russian entities. “Within the framework of these inspections by the General Prosecutor’s Office of Russia, the necessary documents were requested from the competent authorities of the Republic of Panama, but so far no relevant answers have been received, and for a number of materials the competent authorities of the Republic of Panama have been denied information,” follows from the department’s reply. In this regard, prosecutors have no reason to take response measures “in the absence of information confirming the alleged violations”.

The Panama Dossier is the documents from Mossack Fonseca, an offshore registrar, that after the leakage were at the disposal of the International Consortium of Investigative Journalists (ICIJ) and the Center for the Study of Corruption and Organized Crime (OCCRP). Reporters examined 11.5 million documents and in April 2016 released an investigation. Also in the "Panamanian documents" found cellist Sergei Roldugin, whom President Vladimir Putin called his friend, 16 Russian dollar billionaires, as well as deputies and senators, whom the law prohibits from doing business.