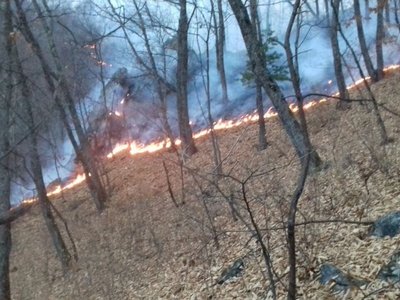 Rains will Not Save Russian Forests from Fiers

IncidentsEventsState
OREANDA-NEWS The head of the Phobos Hydrometeorological Center, Roman Vilfand told that rains would not be able to put out fires in Siberia.

According to him, the intensity of precipitation will be insufficient to affect the situation. In addition, as Wilfand said, the products of combustion which are the center of condensation of water vapor, are blown away by the wind, which is why precipitation does not fall directly above the burning forests.

Russian President Vladimir Putin on July 31 instructed the Ministry of Defense to use equipment to extinguish fires. The military intends to deal with fires in less than a week. In total, 2.7 thousand people and 390 pieces of equipment are involved in fighting fires.

Prime Minister Dmitry Medvedev said at a meeting in Chita that setting fire to forests in Siberia could have been deliberate. He ordered the Prosecutor General's Office and the Investigative Committee to conduct checks until November 1. According to the Prime Minister, the forests could be set on fire to hide the traces of illegal logging.