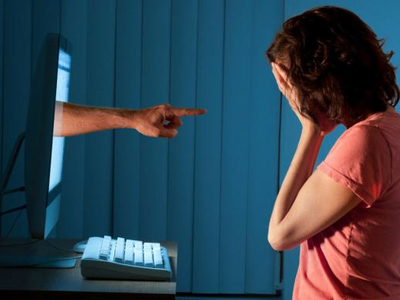 Roskachestvo Told How to Save a Child from Cyberbullying

StateMinistries and departmentsJustice
OREANDA-NEWS According to the agency, about 70% of minors became participants and victims of bullying on the Internet. At the same time, 40% of the children who were bullied later do the same with other peers. A sign that a teenager has undergone cyberbullying may be the deletion of pages on social networks, as well as other changes in behavior.

Parents must discuss this topic with their children. It is important to convey to the child that it is necessary to tell adults that someone threatened or insulted them. Also, the teenager should be warned that communication with the offender should be stopped immediately.

There are several types of online bullying. Trolling is used to make fun of a victim. Hating is an unreasonable criticism, it manifests itself in the form of comments addressed to a specific person. Cyberstalking - harassment and regular threats against the victim, as well as its family. Harassing other members in online games is called griffin. Another type of cyberbullying is sexting. This is the publication or distribution of photos and videos of naked or half-naked people.