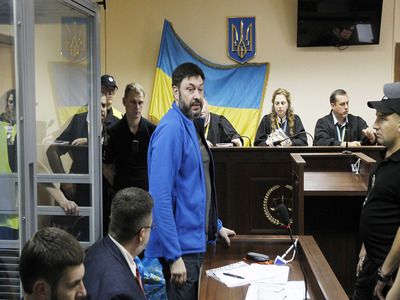 Russia and Ukraine Began Negotiations on the Exchange of Held Persons

StateJusticeInterstate relationsEvents
OREANDA-NEWS. Russia and Ukraine have already begun negotiations on a new stage in the exchange of held persons. This was announced on Thursday by the office of President of Ukraine Vladimir Zelensky in his Telegram channel.

"Two tracks, two lists. We agreed on a list in Minsk. We will supplement the list of identified persons. To prepare this track is an exchange with temporarily occupied territories".

"And a separate track - we have already started a conversation with the Russian Federation on the exchange of Ukrainians - everyone, including Crimean Tatars, other Ukrainians who are in Russia," the office of Zelensky said quoted journalists in Jerusalem. The day before, talking with reporters in Davos, Zelensky also talked about the existence of two parallel processes. Answering the question when to wait for the next exchange of prisoners, he replied: "We want, honestly. Somehow we will agree".

According to him, Kiev is negotiating in two directions. "We have two tracks: we speak in the "Norman format", we will speak with the Russian delegation".
Source: OREANDA-NEWS
Подписывайтесь на наши группы: Instagram | VK | Facebook | Twitter
Материалы по теме:

Ukraine Put under Arrest 44 Russian Planes that Flew to Crimea