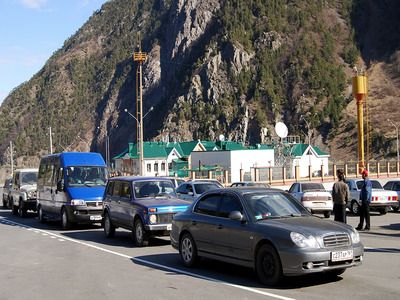 StateJusticeState financeDiplomatic organizations
OREANDA-NEWS. Russia can't comply with the decision of the European Court of Human Rights (ECHR) to pay Georgia compensation in the amount of € 10 million for the deportation of Georgian citizens in 2006 yet. This is stated in the plan of action drawn up by Moscow to implement the decision for the Council of Europe, which Vedomosti drew attention to.

The document says that Georgia should, under the supervision of the Committee of Ministers of the Council of Europe, prepare mechanisms for calculating and distributing compensation, but has not yet done so.

According to the Russian side, only individual applicants who have been recognized as victims can receive compensation. The European Court ordered Tbilisi to draw up their final list, to clarify the violations that each of them suffered, and the amount of compensation. In the general list of victims of deportation, which the Georgian side presented during the trial, 1795 alleged victims.

Moscow fears that if the list is not prepared, compensation will be received by those who cannot be considered a victim, and it will be impossible to return this money, the newspaper writes with reference to the document. It also notes that Tbilisi is “in no hurry” to compile it. The Georgian Foreign Ministry did not respond to the newspaper’s request.
Source: OREANDA-NEWS
Материалы по теме: