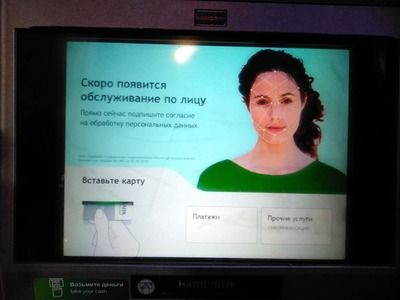 OREANDA-NEWS  In Russia, by the end of this year, they plan to install more than 10 thousand biometric ATMs.

This was told by the general director of the company - the manufacturer of such devices VisionLabs Alexander Khanin, writes the newspaper "Izvestia".

Two large domestic banks have already acquired ATMs that are able to identify a person by face. Financial organizations in the future intend to abandon the use of plastic cards.

In this case, the Russians, in order for new devices to identify them, will have to pass biometric data. After that, computer copies of their faces will be tied to bank accounts.

According to experts interviewed by the publication, biometric ATMs will be safer than conventional ones. In addition, such devices perform banking transactions faster and more convenient. However, while citizens are suspicious of remote identification, experts say.