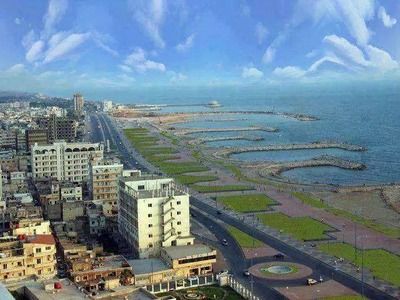 StateInvestmentState financeInternational activities
OREANDA-NEWS. In the next four years, Russia plans to allocate $ 500 million for the modernization of the Syrian port of Tartus, where since 2017 there is a permanent naval base of Russia. This was announced by Russian Deputy Prime Minister Yuri Borisov during a working visit to Syria. His words are conveyed by the Russian media.

“The Russian side intends to establish the work of the old port and build a new trading port”, the Deputy Prime Minister explained. In addition, in some Syrian regions, they plan to lay a new railway through Syria and Iraq to create a transport corridor “Mediterranean Sea - Persian Gulf”, Borisov said. According to him, now, despite the low load, 3.7 thousand jobs have already been created in Tartus.

Russia and Syria signed an agreement on the location of the Russian naval base in the vicinity of the port of Tartus in early 2017. The document assumes the presence of Russian ships in the Syrian port for a period of 49 years. Later, according to the agreement, it will be automatically renewed if neither side notifies the other of its intention to terminate it. At the end of 2017, the Ministry of Defense reported that they plan to spend 3.2 billion rubles on expanding the base in Syrian Tartus.
Source: OREANDA-NEWS
Подписывайтесь на наши группы: Instagram | VK | Facebook | Twitter
Материалы по теме:

European Commission Allocated 24 Million Euros to the People of Belarus