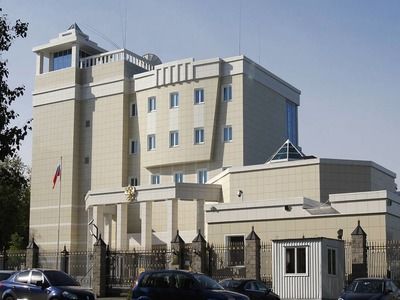 StateJusticeInternational activitiesDiplomatic organizations
OREANDA-NEWS. Russian woman Anna Bogacheva informed the Russian Embassy in Belarus that she was at large. This is stated in a message posted on Tuesday on the diplomatic mission on Twitter.

“Russian citizen Anna Bogacheva, who was informed by a number of mass media about the“ situation ”with which Belarusian law enforcement authorities detained, said in a conversation with an employee of the consular service of the Russian Embassy in Belarus that she was at large”, the message says.

In February 2018, U.S. authorities filed charges against 13 Russian citizens, including against Anna Bogacheva, and three Russian organizations in attempts to intervene in American political processes and the course of the 2016 presidential race. According to the indictment prepared by the apparatus of the former special prosecutor Robert Muller, Bogachev worked at the Internet Research Agency, which allegedly carried out such an intervention. According to the US Department of Justice, Washington intends to extradite the accused Russians to the United States.