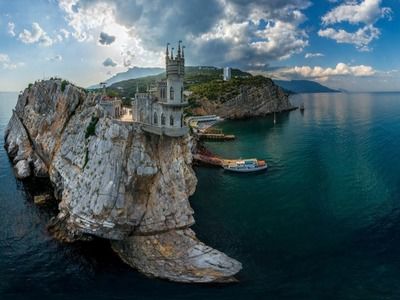 StateMinistries and departmentsTerritorial administrationInterstate relations
OREANDA-NEWS. The Russian side regards the statements of US Secretary of State Michael Pompeo for Crimea as divorced from reality, Washington would be better off influencing Kiev to implement the Minsk agreements.

“We paid attention to the next statement of the US Secretary of State Michael Pompeo for Crimea, torn from reality. We note that over the past six years, the US authorities haven't bothered to visit the peninsula and see for themselves the real state of affairs”, the diplomatic mission said.

American colleagues "it’s time to remember for a long time that Crimea is Russia, the issue is closed completely and irrevocably", they are sure of the diplomatic mission. "We suggest that the United States stop misleading the public. It's better to direct American efforts to ensure that Kiev fulfills its obligations under the Minsk agreements", the embassy emphasized.

In addition, mechanisms for ensuring the rights of this people are legally formalized, and its language, according to the constitution of the Republic of Crimea, has become one of the state languages, they have drawn attention to the embassy. Michael Pompeo on Wednesday made a statement that Crimea is allegedly the territory of Ukraine and called on Russia to "end the occupation" of the region.
Source: OREANDA-NEWS
Материалы по теме: