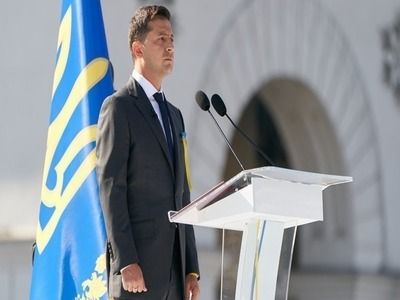 StateTerritorial administrationMinistries and departmentsInterstate relations
OREANDA-NEWS. The intention of President of Ukraine Volodymyr Zelensky to use the "Norman format" platform to discuss the situation around Crimea is unrealistic. This was announced to the Russian media on Thursday by Deputy Minister of Foreign Affairs of Russia Andrei Rudenko.

The "Norman format" was created to resolve the conflict in southeastern Ukraine. For some other things, it isn't intended. The wishes of the President of Ukraine are a little inconsistent with the realities that have developed over the past five years that have passed since the creation of the format", he said.

The authorities of Crimea and Sevastopol on March 16, 2014 held a referendum on the issue of reunification with Russia. It was attended by over 80% of eligible voters. 96.77% of voters voted for reunion with Russia. On March 18 of the same year, Russian President Vladimir Putin signed an agreement on the admission of the Republic of Crimea and Sevastopol to the Russian Federation, and on March 21 it was ratified by the Federal Assembly. Despite the convincing results of the referendum, Kiev refused to recognize Crimea as part of Russia.