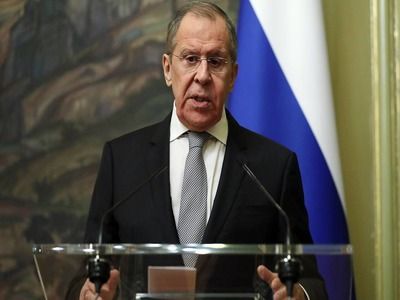 StateMinistries and departmentsInternational activitiesEvents
OREANDA-NEWS. Negotiations of Russian Foreign Minister Sergei Lavrov with his foreign counterparts are planned to be conducted in an online format, Foreign Ministry Spokeswoman Maria Zakharova said on the air of the Russian television channel.

"Telephone conversations are intensively underway, a summit was held in the online format of the leaders of the G20 countries", the diplomat recalled. "Meetings and negotiations at the level of foreign ministers are planned in the same format, there are such ideas". “I think that in the near future we will announce one of these events”, Zakharova added.

In order to prevent the spread of coronavirus infection, the Russian Ministry of Foreign Affairs transferred some employees to remote work, and events for journalists are held in an online format. So, on Tuesday, Lavrov talked with representatives of Russian and foreign media in a video conference format.
Source: OREANDA-NEWS
Другие новости: