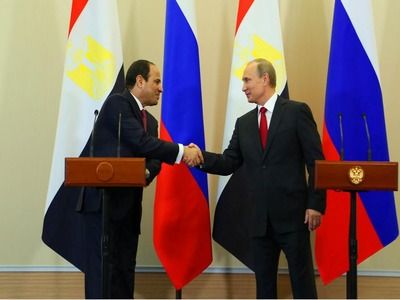 StateEventsIncidentsInterstate relations
OREANDA-NEWS. Russian President Vladimir Putin plans to pay a working visit to Egypt in 2020. This was reported by the Russian media with reference to the special representative of the president for the Middle East and African countries, deputy foreign minister Mikhail Bogdanov. Bogdanov said that Moscow is currently negotiating with Cairo on the preparations for the Russian leader’s trip to Egypt, as countries previously agreed on annual summits.

“I think the meeting of leaders will take place on Egyptian land next year”, the diplomat said. The deputy foreign minister also said that “important events within the framework of the bilateral strategic partnership” were outlined during the visit.

October 24, Bogdanov said that the issue of resuming a charter flight between Russia and Egypt will be resolved in the near future. According to him, work is underway to check airports. The flights were interrupted in November 2015 after the explosion in the air of the Airbus A321 of the Kogalymavia airliner performing the flight Sharm el-Sheikh - St. Petersburg.