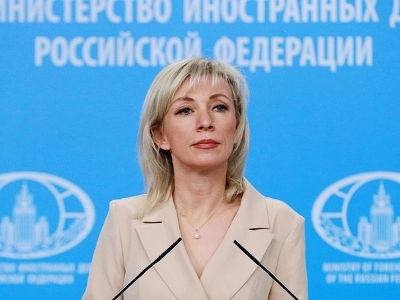 OREANDA-NEWS. Russian Foreign Ministry spokeswoman Maria Zakharova commented on a statement made by US Secretary of State Mike Pompeo on Washington’s work on a project to change power in Venezuela.

According to her, it can be regarded as an admission by the United States of the implementation of “campaigns for destabilizing the situation in sovereign states.” “Here we can see… international law according to Washington… American ambassadors tried in vain to convince the public of the peacefulness and legality of the US’ actions to export freedom,” Zakharova wrote on Facebook. She noted that Pompeo’s statement proves that the United States “never abandoned the tactics of interfering in the affairs of independent states and the policy of regime change”, and they use the “democratic systems” of other countries as a tool to form “internal political situation needed by Washington.”