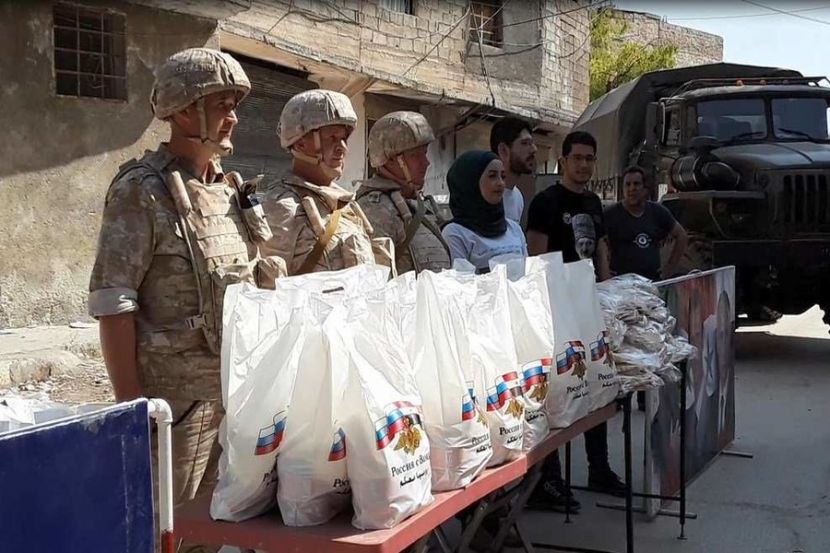 StateMilitary securityInterstate relationsInternational activities
OREANDA-NEWS. The Russian military carried out an action to transfer humanitarian aid in the village of Kusayr in the province of Hasek, more than 500 food sets were issued to civilians through local governments.

The representative of the Center for the Reconciliation of the warring parties Pavel Egorov told reporters. “We have agreed with the administration, we are conducting an outreach humanitarian campaign to assist the local population. A food package weighing more than 10 kilograms, it includes flour, rice, sugar, and canned milk”, he said.

According to him, the local population greets the Russian military warmly and joyfully. Humanitarian aid was transferred to the school grounds, which for a long time was closed due to hostilities. According to the head of the administration of the village, Mishkhan Mahmud, this year 400 students again study in it. Before letting the local population into the territory, Russian sappers checked it just in case.
Source: OREANDA-NEWS
Материалы по теме: