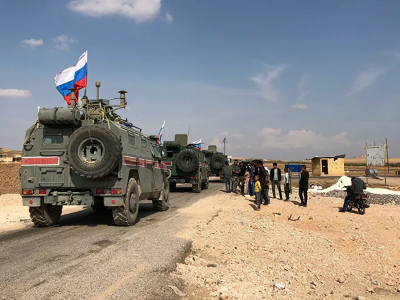 OREANDA-NEWS. Russian military police units entered the Syrian city of Saraqib. This was reported in a press release of the Russian Center for the Reconciliation of the Opposing Sides in Syria. According to it, the police were brought to “ensure the safety and free movement of vehicles and civilians” along the routes M4 and M5. M4 connects the Syrian city of Latakia with the Iraq border. M5 is located between Aleppo and the cities of Damascus, Hama, Homs and the Kingdom of Jordan.

Saraqib is located in northwestern Syria, in the governorate of Idlib, which remains under the control of illegal armed groups. This year, clashes between Turkish and Syrian government armies began in the de-escalation zone. On the night of February 3, the Syrian army attacked terrorists near Saraqib. The Turkish military came under fire, four of them died. The Russian Defense Ministry claims that the Turks moved in the Idlib de-escalation zone without notifying the Russian side.