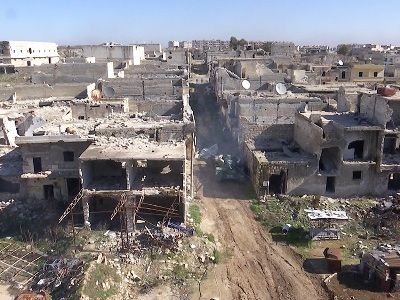 OREANDA-NEWS. The White Helmets organization, with the support of the terrorist group Hayat Tahrir al-Sham, is preparing a provocation using chemicals. This was reported by TASS news agency with reference to the statement of the Russian Center for the Reconciliation of the Opposing Sides (the department of the Ministry of Defense of Russia).

According to the Center representatives, the provocation is planned to be conducted in the village of Ma’arrat al-Artiq. It is known that about 200 people can take part in it. Among them are the relatives of the militants who arrived in the Idlib de-escalation zone, as well as children who had previously been taken out of the southern governorates of Syria. The White Helmets delivered about 400 liters of chemical solution on two pickups.