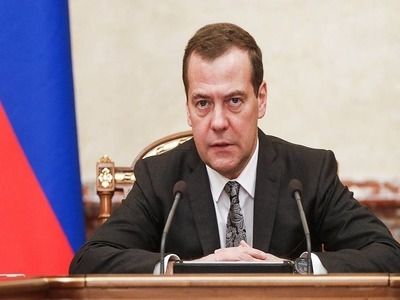 StateEventsInterstate relationsInternational activities
OREANDA-NEWS. Russian Prime Minister Dmitry Medvedev on Thursday begins his two-day visit to Cuba, where he will hold talks with Chairman of the State Council and Council of Ministers of the Republic Miguel Diaz-Canel Bermudez. They plan to discuss topical issues of Russian-Cuban cooperation in trade, economic, investment, energy, transport, cultural and humanitarian and other fields.

At the end of September, Russian Deputy Prime Minister Yuri Borisov held a meeting in Moscow of the Russian-Cuban intergovernmental commission on trade, economic, scientific and technical cooperation. He noted that trade between Russia and Cuba in 2018 grew by 34% to $ 388 million, and by the end of this year, this figure is planned to be raised to $ 500 million. Borisov added that the Russian side is satisfied with the multi-vector nature of Russian-Cuban relations. According to him, Moscow and Havana "intend to continue the course towards further maintaining the high dynamics of political dialogue, building up trade and investment, scientific, technical, cultural and humanitarian cooperation".

Russia and Cuba are developing a joint strategy for trade and economic cooperation. Borisov explained that the strategy "will be developed by the parties, taking into account the priorities and development of Cuba until 2030, which are reflected in the program of socio-economic development of the Republic of Cuba, and is planned for signing in the near future". Russia and Cuba at a meeting of the intergovernmental commission at the end of September signed a roadmap for a program to modernize the republic’s fuel and energy complex to ensure its energy security.

According to Andrei Slepnev, General Director of the Russian Export Center, during the visit of the Russian Prime Minister to Cuba, an agreement worth € 21 million will be signed to maintain the airworthiness of Russian-made aircraft used by Cuba. In addition, a deal is being discussed to finance the modernization of Cuban railways, the project is designed for 15 years, its total budget is almost € 2 billion.