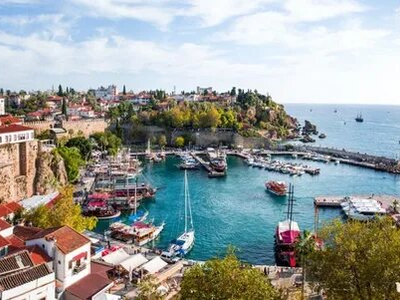 Russians are in the Top 10 Most Active Travelers

StateSurvey researchTrade and servicesTourismHotels, guest houses, pensions
OREANDA-NEWS The most active travelers in 2018, according to Mastercard, were Americans, followed by the Chinese and Germans. The Russians were in ninth place, the most popular countries for travel were Turkey, Thailand and Tunisia.

Mastercard analysts in the report “Global Destination Cities Index (GDCI): Origins” calculated which tourists from which countries most actively visited the 200 most popular cities in the world in 2018. Top 10 traveling countries looks like this:

The authors of the report also studied which cities and countries are the most popular among tourists from the top ten countries. Most often, Russians go to Turkey, Thailand and Tunisia. Among the cities they prefer Turkish Antalya and Thai Pattaya and Phuket. The most popular destinations for Americans in 2018 were Mexico, Canada and Italy, among the Chinese - Thailand, Japan and the USA, and among the German tourists - Italy, Spain and Austria.